The Poisoner to the Rich

Locusta was an incredibly talented assassin skilled in the use of poison. Her skills were put to good use against all members of society, royalty or not. 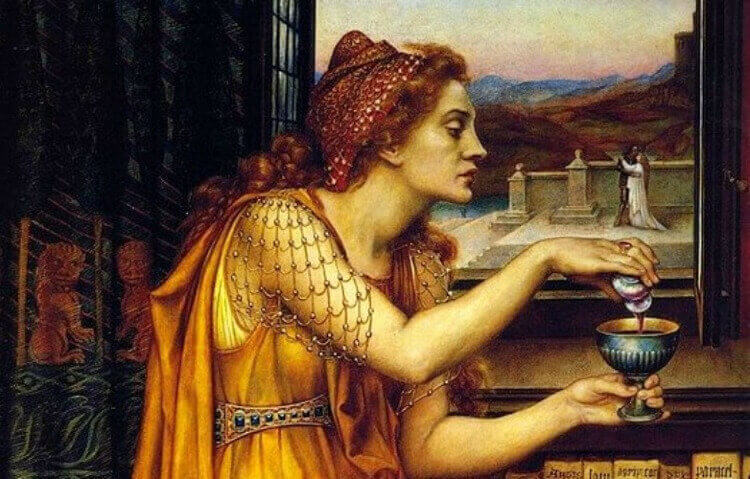 Locusta was an incredibly talented assassin skilled in the use of poison. Her skills were put to good use against all members of society, royalty or not.
Why read when you can listen? Hear More

Today, we’ll be discussing one the first ever recordings of an assassin, and this was a Roman woman by the name of Locusta. I say she was Roman, but she was actually said to be born in Gaul. If you’ll remember our Julius Caesar discussion, you’ll remember that Gaul is actually modern day France.

We don’t know anything about her early life, but we do know that she was very skilled in the use of poison. And she put this skill to very good use by becoming an assassin. All we really know about her from this point is that she enjoyed a very successful career as an assassin. Apparently, she would assist the patricians in ridding themselves of their rich relatives. If things didn’t happen to go quite right, her employers would actually bail her out of prison.

At one point, she was imprisoned without the assistance of a wealthy benefactor. As luck would have it, rumours of her poisonous talents had spread throughout Rome to the wife of the then Emperor Claudius, Empress Agrippina. Agrippina was the mother of Nero, who is a nasty piece of work himself, which we will be doing a full article on in the future.

Nero was actually not the son of Claudius, although he was somewhat adopted by his step-father. Claudius had a true son, Britannicus. Well, it was Claudius’ intent to place his true heir, Britannicus, on the throne as Caesar to take his place as Emperor. Agrippina (who was also the niece of Claudius, just to add a little razzle dazzle to the mix) wanted Nero on the throne. So, after hearing of Locusta’s amazing poisoning talents, she decided to put them to the test and bailed her out of prison.

The two conspired to use one of Claudius’ favourite things against him: food. Claudius was known to gorge himself during his meals. So much so, that after he finished a particularly large course, he would have a servant tickle the back of his throat with a feather to cause him to vomit so that he could continue eating.

One of Claudius’ favourite dishes was mushrooms. But the question was how Locusta and Agrippina would get the poison past Claudius’ taste testers. They would also have to ensure that the poison stayed in his system long enough to take effect. Since he vomited quite a few meals, this would prove difficult.

They went ahead with the plan either way. Locusta placed the poison in the mushrooms and the dish was delivered to Claudius with taste testing as Agrippina had distracted the taster. Claudius devoured the dish, but the symptoms of the poison started to show, so Agrippina herself actually handed Claudius a feather for him to purge the poison. However, Locusta had poisoned the feather as well.

There is some conjecture on the full extent of Claudius’ death. Some say that the mushrooms killed him, some say the feather, and some say that his physician killed him by treating him for the poison with a poisoned enema. Either way, Claudius died. And since Britannicus had not yet reached manhood, Nero was placed on the throne to serve as Emperor.

Locusta was again imprisoned, presumably because of an unrelated assassination, but was approached by the same family soon after. But it wasn’t Agrippina that needed her services this time, it was Nero.

Nero, as I alluded to earlier, was a little shit. He knew he had no legitimate right to the throne when compared to Britannicus. Britannicus already had his own support in the people. Not by a wide margin, but he still had support. Because of this, Nero felt he needed to dispose of Britannicus, so he hatched a plan with Locusta in exchange for a full pardon.

Supposedly, Locusta was not keen on the idea of poisoning Britannicus, who at the time was only fourteen. The first attempt was a failure, and he survived. Reportedly, Nero had beaten Locusta to ensure that the second attempt would not fail. This next attempt Nero is actually said to have planned himself.

While at a dinner party, Britannicus was offered a cup of warm wine, which was customary. His taster tested the wine a bit and then passed it to him. However, Britannicus found the wine too warm and asked for cold water to cool it, which contained the actual poison (quite possibly hemlock). He began to lose his voice, couldn’t breath, and finally went into convulsions on the floor until he died. Very similar to the death of Joffery, actually.

After this successful assassination, Locusta was awarded by Nero with full pardons, her own lands, gifts, and even prisoners for her to experiment on to better her poisons. He also sent her students to learn her skills.

Soon after Nero’s death, Locusta was under the scrutiny of the Senate. She had obviously committed heinous crimes without punishment, and without the Emperor's protection, she was arrested and convicted with an execution sentence.

There are a few conflicting accounts on how Locusta was executed. Some say she was bound in chains, led through the city to the Colosseum, and beheaded. However, there are a few more imaginative accounts.

The most imaginative is what we needed the trigger warning for. This account states that Locusta was smeared with the juices from a female giraffe, raped by a specially trained male giraffe, and then torn apart by wild animals.

I suppose whichever you believe, Locusta was indeed killed for her crimes.

I am entirely uncertain of how to end this article. I personally would like to think of the Ancient Roman Poison Ring as a very clandestine type of organisation. Maybe that the women did know what they were doing and they are still a form of secret order today. Maybe the Avon ladies that try to sell makeup to their friends and family are all actually a part of this massive, ancient Poison Ring that still exists to this day. And maybe Locusta didn’t die from the giraffe. Maybe the giraffe was in on it and the two escaped and lived a wonderful life together on the coast. Neither of those are correct, which I suppose is truly unfortunate. 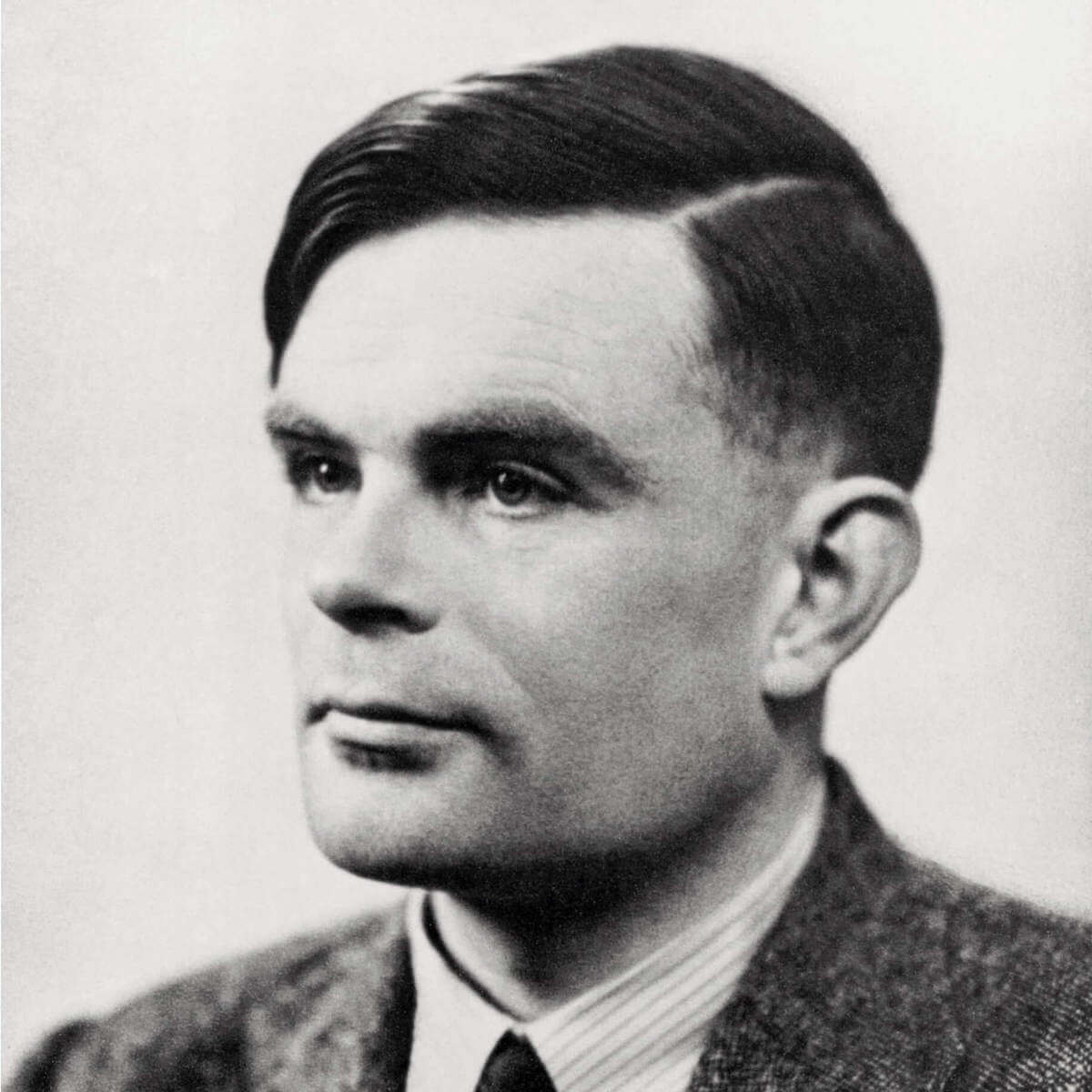 Alan Turing was a genius inventor during WWII who directly assisted the Allied Forces victory. But his life was far from happy, as was his unfortunate death. 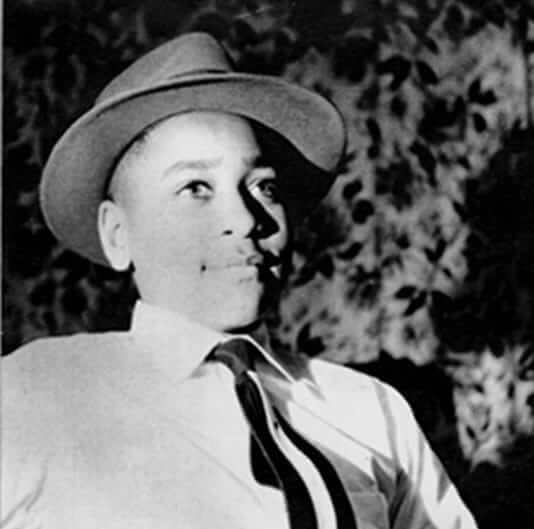 The Murder of Emmett Till

14-year-old African American Emmett Till was brutally murdered on 28 August 1955. The details of his murder are infuriating, as are the reasons why it occurred. But even more infuriating were the punishments handed out to the child's murderers. 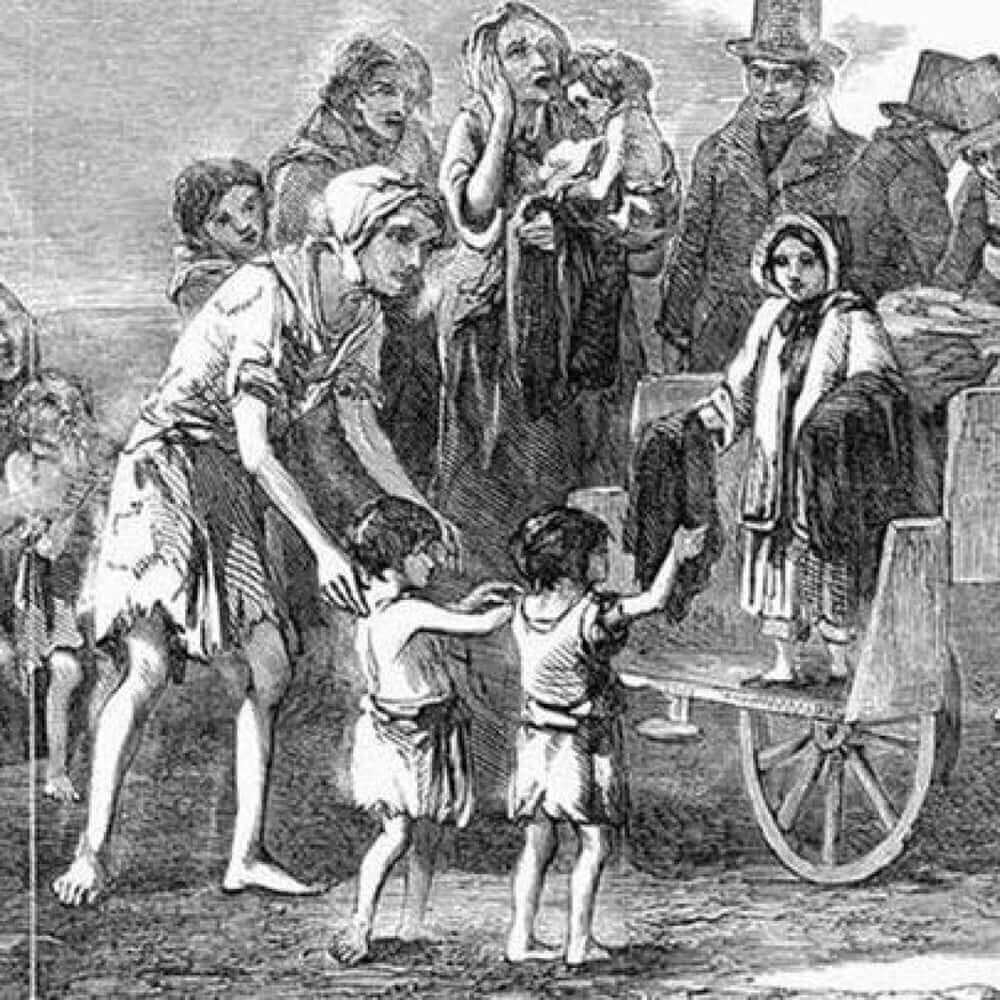 Starting in 1845, Ireland experienced a tragic lack of lumpers that led to the deaths of over a million men, women and children.